Features
Home›Features›Eddie Eduardo is turning up the heat

We caught up with Eddie Eduardo to talk about how he’s come to embrace the sexiness of ginger.

What made you want to be part of the Red Hot calendar celebrating ginger guys?

I thought that it would be fun to return to the project. I was one of the red-heads for the very first book, Red Hot 100, and that was my very first photo shoot.

Since then, I’ve been photographed by famous photographers, been on fashion shows, swimwear and underwear ads, and magazine covers. Thomas and the Red Hot team started it all for me.

Plus, it’s an amazing project to be part of, to show the world that red-head men can also be attractive.

It helps a lot. I’m never low key – even when I want to be. Being originally from Brazil, I’m used to getting pointed at and gawked at. In the US, it’s a little better, but I always get noticed everywhere. I like it!

Absolutely. My entire life in Brazil, since I was a little boy, people made fun of me and pointed at me. I was always the only red-head in school, no one looked like me. I’m also covered in freckles, my skin is way too light in Brazil.

In school, you want to fit in – I didn’t fit in at all. Even my sister  – who is brunette – used to make fun of me and my brother. In school, I was at the lowest position on the totem pole – I was red-head, gay, had external braces, and a heavy lisp. It was a bad time for me.

The Red Hot project is supporting the work of Athlete Ally — why do you feel that it’s important to have LGBTQ athletes as role models?

It’s absolutely important. Sports are associated with masculinity, with being straight. Being gay never stopped anyone from being great at sports, but gay boys often get bullied so heavily that they turn away from sports. Having gay role models in sports will give these kids courage to pursue their dream and achieve their goals.

I did put on sunblock! The shoot was great, I had a blast with the Red Hot team. I took a lot of pics on the ground – I cut my elbow and ate some sand. The water was very cold but, as a model, it’s your job to make the photo look effortless. I’m used to that, and I’m happy with how the picture turned out.

I’m very happy to be Mr April in the calendar. I would have been okay with any month, except for August. I specifically asked not be August – it’s a Brazilian superstition.

What do you want people to feel when they look at your photo for the month of April?

The photo was taken in Southern California, where I live. I want people to feel that cool sunny vibe that I live in. It’s a beautiful part of the United States, and I’m very blessed to call it home.

I love the sun, blue sky, and palm trees. You can see all of that in my photo. I hope people love it as much as I do. 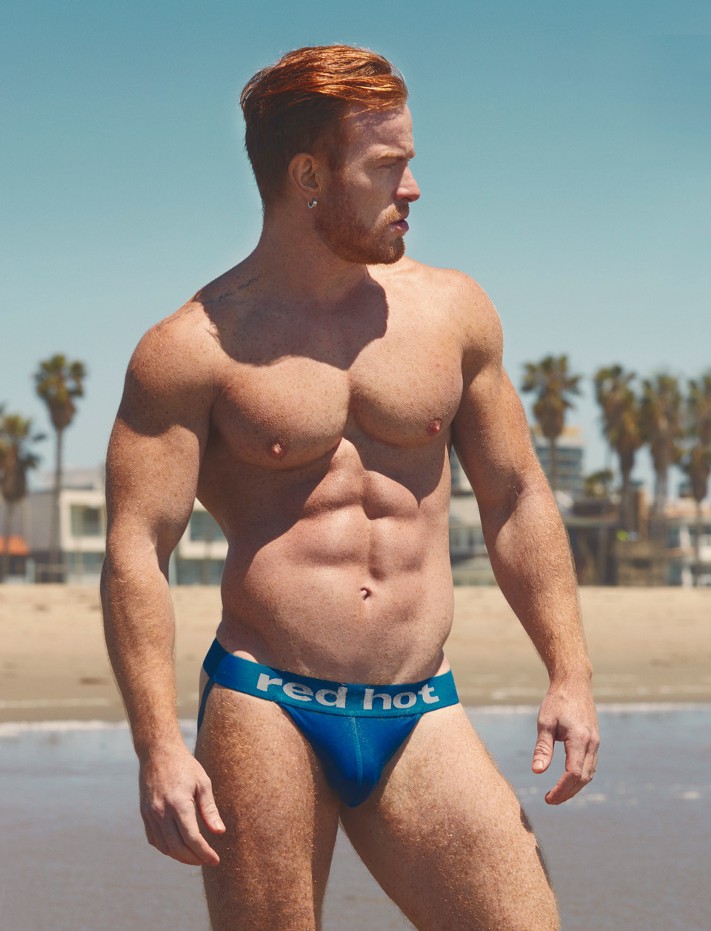 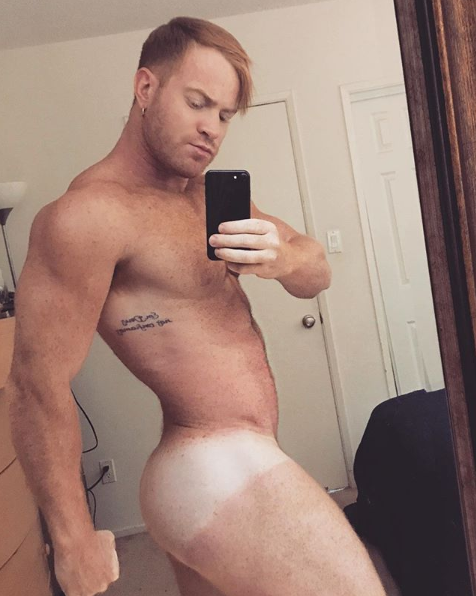 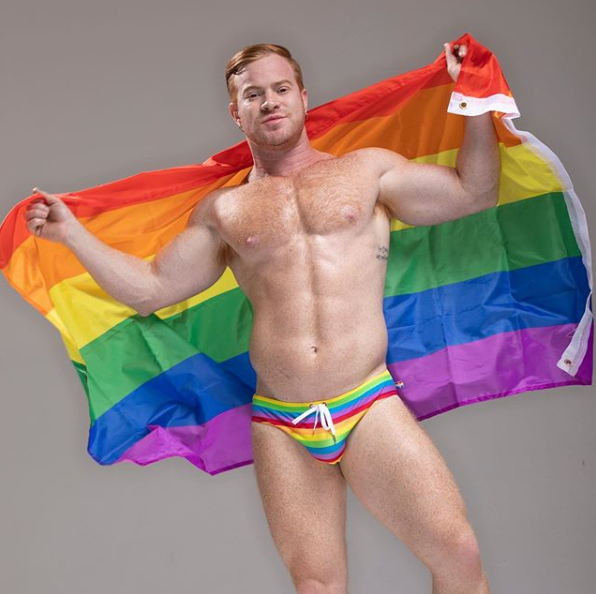 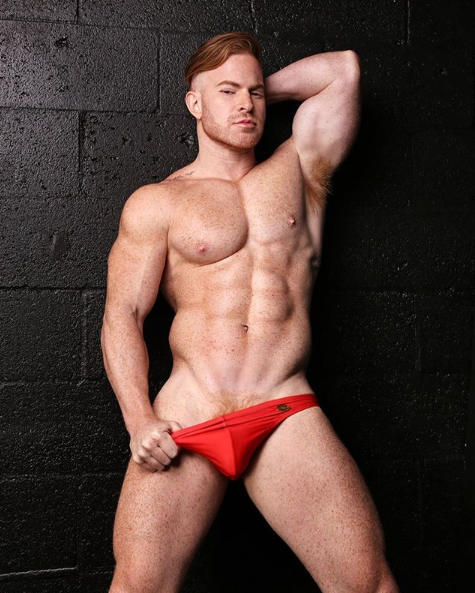 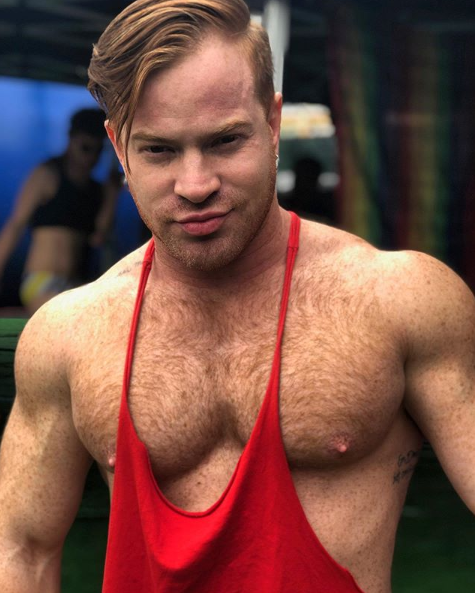 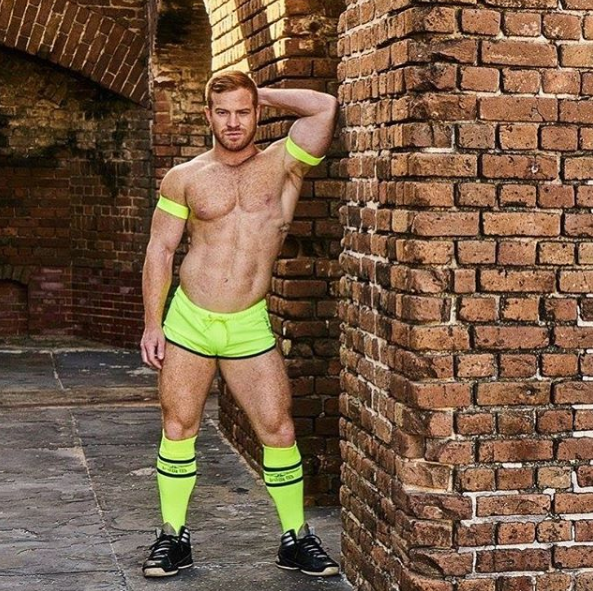 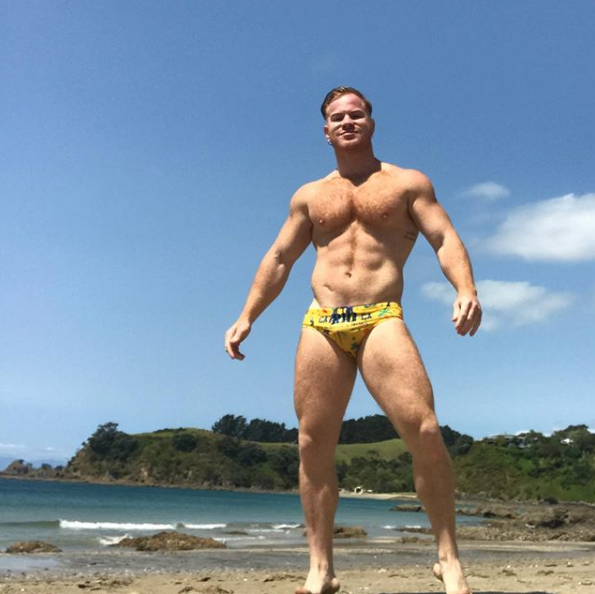 Is dating redundant for queer guys?